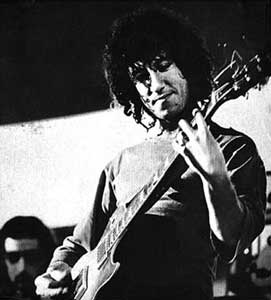 I wrote a poem once called “The bands you’ve never heard of”, which describes my habit of losing interest in bands once they become famous. A classic example is Fleetwood Mac, who, before they became a chart busting pop band, were a great British blues band. They were led by the brilliant but tragic figure of Peter Green. Peter was a great guitarist and singer, and had significant success with Fleetwood Mac (initially known as Peter Green’s Fleetwood Mac) with big selling tracks such as “Man of the World” and “Green Manalishi”. But he couldn’t handle fame and money, and especially drugs. A fascinating documentary tells the sad tale of his fall.

Which is an off-topic introduction to what I think will be a series of posts about songs I’ve heard that could have been written by Benny Hill. The first is an early Fleetwood Mac track, “Lazy Poker Blues”. Great blues shuffle, with lyrics that Benny would approve of, and typical Peter Green vocals and lead guitar. I bought the vinyl album “Mr. Wonderful” in South Harrow market in about  1968. Why might Benny Hill have written the lyrics? Bleedin’ obvious innit.