Poem number 19 for April 2015. A sort of surreal imagining based on a Cuban snippet.

I find him in Havana

“I thought you had died”

He is looking out to sea

His hands are muscular

One is full of stones

he fires one into the waves

I want to ask

why he gave up all he had

for the oblivion of alcohol

I want to ask

what he is trying to hit

But I know he would say

Poem number 14 for April 2015. And another snippet from my Cuba journal:

The Music of Havana

I want to hear some live Cuban music. After dinner I walk down to the Malecon to catch a scooter-taxi. The taxi driver is the biggest and blackest man I’ve ever seen, with the whitest teeth I’ve ever seen – they almost glow as night draws in. He quotes $5 to take me to Habana Vieja (Old Havana). He is loud and humorous and friendly, like most Cubans. He tells me “you need to find a woman. You haven’t lived until you have fucked a Cuban woman”. I tell him I am married. He says so is he, but it makes no difference. I say “no thanks”. He laughs and points out a few of the “chicas” as he speeds along the Malecon, looking more at me than at the road. I ask him where to find the best music. He recommends La Bodegita del Medio and drops me nearby. This area of Havana is well preserved: cobbled streets, no traffic, it could be an old part of Madrid or Barcelona. The Bodegita is a small, cramped, L-shaped bar with wooden partitions to the street. There is indeed a good band playing, nestled in the corner, backs to the street, guitar, double bass, maracas, drums and all of them singing intricate harmonies. The maraca player occasionally bangs his maracas on the partition. It the best I’ve heard so far, but the place is a bit touristy, and the beers are tourist prices i.e. $3 for a beer compared to the usual $1. After two or three songs, the guitarist passes around the hat and pushes their CD. I buy one for $10. I walk about 100 metres and hear another band. A more down-market but bigger bar. Ceiling fans, waitresses, cigar smoke. The band are OK. A female flautist does a dance routine with the male lead singer. I walk for another ten minutes and come to the Bar Monserrate. The band here really cooks: saxophone, electric piano, drums, guitar, vocals. The sax player is a virtuoso, sprinkling references to Gershwin in his solos. I wander further, past a derelict, partly demolished building in which chairs have been set up and there is an improvised bar in the corner, and a small stage. The band on the stage look and sound like the Buena Vista Social Club. Great vocals. But the rain starts, and it gets so heavy that they call the gig off. I get a scooter-taxi back to Vedado. A different driver. Not a good-time guy, a serious guy. No talk of Cuban women, but of Fidel and Chavez and a big deal they are pulling off. 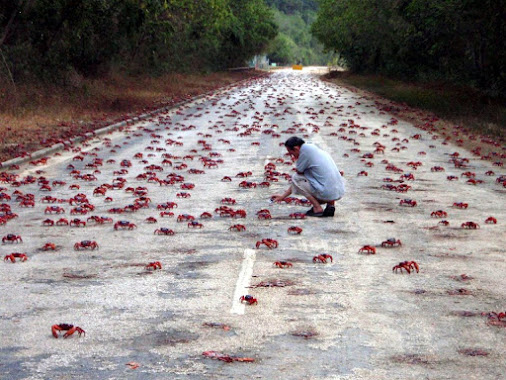 Poem number 13 for April 2015. Another snippet from my Cuba journal:

On my way to meet Fat Mary the Prostitute

I’m cycling on the Guanahacabibes Peninsula, to the westernmost point of Cuba to see Fat Mary the Prostitute. She’s not there anymore, but the town of Maria La Gorda is named after her. Maria was an aboriginal Venezuelan woman, cast aside by pirates once they had tired of her. When the pirates departed, she set up an “inn” where she made a living by entertaining sailors and locals, and grew fat on the proceeds. The inn is now a Cuban hotel. Cuban hotels are almost all terrible, but there’s nowhere else to stay at Maria la Gorda. Once I’m on the peninsula, the landscape changes from small farms to thick scrub, which is high enough to cast much-needed shade over the quiet road. Clouds of white and yellow butterflies rise up in front of my bicycle. Thousands of small red crabs scuttle sideways across the road. A vulture flies along the crest of the road in front of me for a few hundred metres after I disturb it from its road kill. I stop by the roadside about 11:30 for an early lunch. 44 kilometres covered. A hundred mosquitoes descend on me, but obligingly disperse when I wave my arms frantically. My backside is sore. I adjust the height of the saddle and get back on the road. At 52 kilometres I reach the sea at Bajada. I was told there was high security here because of the fear of U.S. invasion and the sparse population along the coast. There’s a boom gate across the road. The guard is asleep in his hut. I stop obediently but it seems a shame to wake him. I cycle around the boom gate. The last 14 kilometres is alongside white sandy beaches. The road gets rougher. It’s completely washed away in places. It’s covered in white debris – what looks like a mixture of sand and marble. I’m wearing an old long-sleeved business shirt I bought in a shop in Vinales for 33 Cuban Pesos (about $2). I didn’t know it was old until I unwrapped it and saw the soiled collar, but for $2 it was still a bargain. The long sleeves and high collar will give me some protection from the Cuban sun. To try to stay cool I have unbuttoned the shirt all the way down the front. Despite my downward facing position on the bike, I find that my stomach and chest are turning lobster red from sunburn; the sun’s reflection off the white road. I reach the hotel at Maria La Gorda. I haven’t booked, so if it’s full I either sleep out in the open (not a good idea) or turn around and head 70 kilometres back to Sandino (impossible, I’m exhausted). The Señorita at receptions says “Si”, they have a room. She is not fat. Her name is not Mary.

Poem number 9 for April 2015. I’ve picked up a quarter written poem about cycling in Cuba about ten years ago. On arriving in Havana, I discovered that my bike had been damaged in transit, and a couple of critical pieces of it were missing viz. the bolts that hold the handlebars and the derailleur in place. I nearly went straight back home. You just can’t get bicycle spares in Cuba. But I found a man who was an amateur bicycle mechanic, and he was my saviour.

The Bicycle Mechanic of Vedado

On the first floor

of a Havana tenement

Juan Perez ushers me (and my bike)

which is his kitchen table

his jars of screws and washers

amongst salsa and sauce bottles

to secure my handlebars

an arrangement of nuts and bolts

to hold my derailleur in place

Minutes later I’m on the Calle ¹

riding into a fifties film set 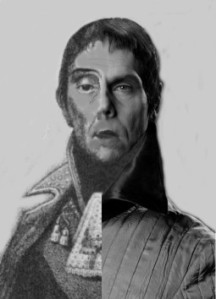 Tuesday 14th June 2005 I don’t trust this town, perhaps because I am exhausted, and exhaustion makes me feel vulnerable. The people seem sly, unlike most Cubans I have met so far. They take less care of their dress than other Cubans. They know their town is a passing-through-place between Havana and Vinales. They mentally weigh the wallets of in-transit tourists, grieve the convertible pesos passing by on each bus, car, taxi and even bicycle. My bicycle leans against a wall under a verandah. I sit, propped against my bicycle, my stomach cramped, my legs weak. My exhaustion brought on by a 45 kms unintended detour on a rough and windy road. I am back in La Palma which I thought I had left behind me 3 hours ago. I flag down a taxi, a huge, ancient American limo. He says it will cost CUC$20 to Vinales. I don’t like him and I don’t like the fare. Despite my exhaustion, I say “no thanks”. Out of the resentful crowd a well dressed man appears: tweed jacket, tie, clean cut, mid-thirties.

He could be a Spanish teacher in an Adelaide high school. He sees my distress, offers to help me find a lift to Vinales, negotiates with a taxi driver to pick me up when he has finished his current fare. It will cost 10 CUC$.

We sit and talk for an hour. I notice that he scans the passers by every few minutes as if expecting an unwelcome visitor. He is a lecturer in Art at the university. This unattractive town has a university campus, part of the University of Pinar del Rio. His name is Tony. His English is excellent. He says Cuba is ‘morbid’. An Australian might say the place is ‘dead’ but he doesn’t mean it in the same way I don’t think. In his terms, I think he means that it is in the grip of a stultifying force. He tells me about Fouché . I have to ask him to explain. Fouché was Napoleon’s Minister of Police. It was Fouchés job to watch Napoleon’s opponents and rivals. But, Tony says, Napoleon did not trust Fouché , so he had people spy on Fouché , whilst Fouché  in turn was spying on everyone else. Cuba is the same, Tony says. We are probably being watched right now, and someone will be reporting to the authorities that on 14th June 2005, Tony Sarmiento spent an hour talking to a touring cyclist in La Palma and that they exchanged pieces of paper. The taxi arrives. Tony and the driver help squeeze my bicycle and panniers into the back of the small car, which already carries two other passengers, one from Norway, one from Germany,  and their luggage. We swap email addresses, shake hands. He walks off, looking over his shoulder.